Reflecting on another year spent together as a Wolfpack, we couldn’t be more proud of what our students, faculty, staff and alumni have accomplished. Over the last 12 months, you’ve innovated, instructed, learned, led — and proven once again why our university ranks among the nation’s finest.

We’ve vaulted more than 30 spots on the annual U.S. News & World Report rankings in the last decade; this year, they placed NC State among the top 30 public universities in the country. In 2022, we also had three graduate programs in the top 10 nationally: veterinary medicine, nuclear engineering, and biological and agricultural engineering.

Forbes listed us at No. 23 among public schools nationwide — and they also surveyed 60,000 employees across the country before declaring NC State the No. 1 large employer in North Carolina. For the fifth year running, our research and development expenditures topped half a billion dollars, and more than a dozen new companies got their start here in 2022 alone.

And then there are the individual awards and honors collected by the NC State community. Our students earned Goldwater, Boren and Fulbright scholarships this year, while our faculty picked up awards for everything from chemical and biomolecular engineering to poetry and teaching. NC State also had multiple inductees into the National Inventors’ Hall of Fame.

Our Wolfpack racked up so many accolades this year that printing them all out would fill about 33 pages, single-spaced. (Please don’t do that.)

We Said Goodbye to Our Graduates …

All told, we’re graduating more students each year than at any time in our university’s history — all while boasting a six-year graduation rate that’s 21 percentage points higher than the national average.

Before embarking on their next chapters, this year’s graduates heard some words of wisdom from their fellow alumni — Mohamad L. Mansour, an internationally renowned entrepreneur and philanthropist, and Chavonda Jacobs-Young, the chief scientist and under secretary for research, education and economics for the U.S. Department of Agriculture — at the spring and fall commencement ceremonies, respectively.

… And Welcomed Our Largest-Ever Incoming Class

The Wolfpack is growing, and we couldn’t be more excited. This year, we received a record number of almost 40,000 first-year and transfer student applications and welcomed 5,601 new students — the largest and most diverse class in NC State history.

About 30 percent of the newest members of the Wolfpack are people of color, more than half are women and nearly 19 percent are first-generation students, proving once again that NC State is a college for all.

We’re proud to draw the best and brightest students from all over. Our fall 2022 incoming class includes students from 98 North Carolina counties, 43 U.S. states and 41 countries.

We Soaked Up Campus Through the Seasons

Winter, spring, summer or fall — it’s a joy to be part of the Pack through every season. Our campus home experienced all the best North Carolina has to offer this year, from January’s snow showers to April’s dogwood blossoms to November’s golden ginkgo trees. (If you know, you know.)

As the seasons changed, we captured moments in time and collected them for you. Take a walk through the stories and photos. 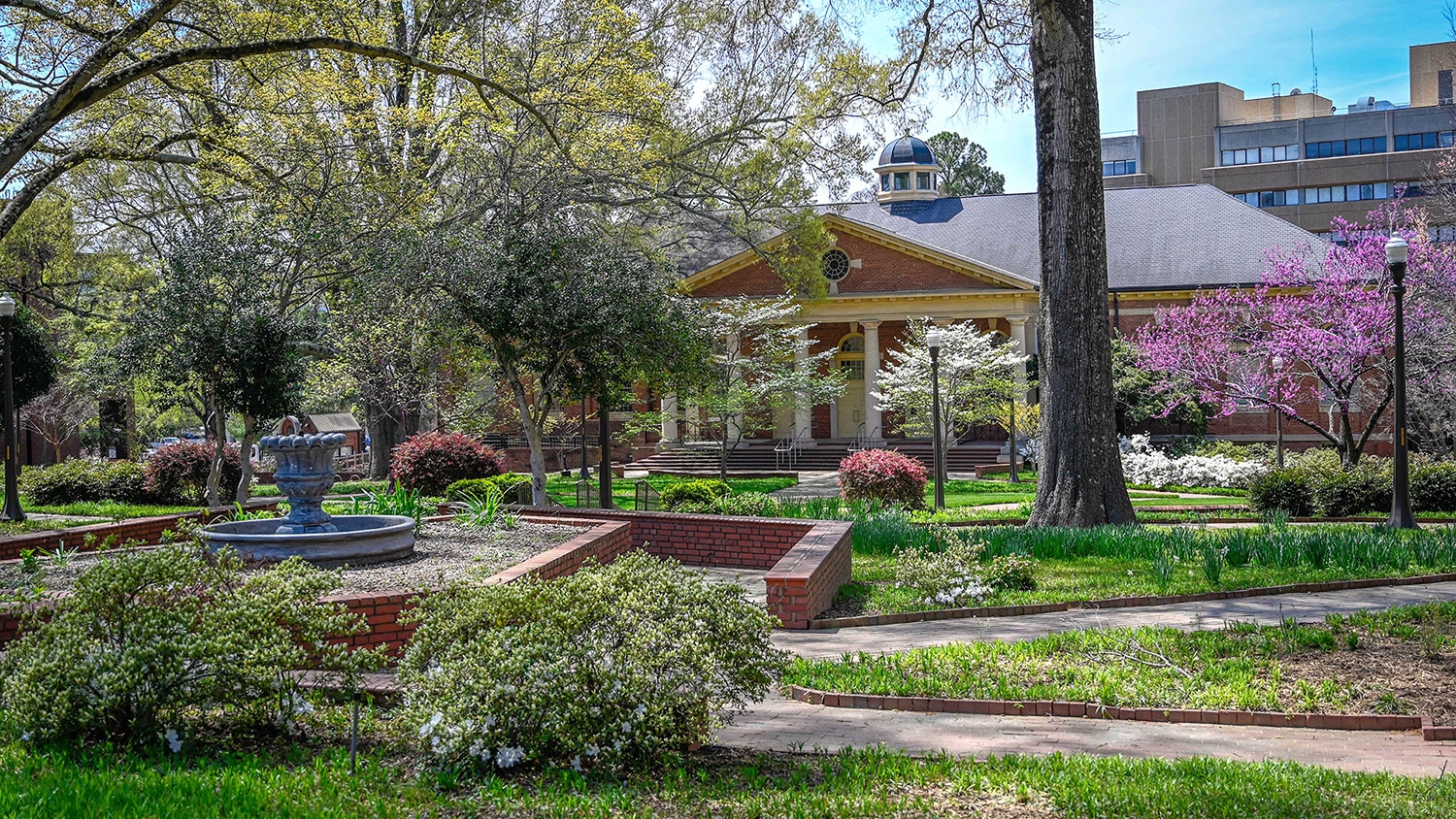 You triumphed in snowball showdowns, you jet set abroad for spring break, you supported student success on Day of Giving — and you did it while covered in pollen.

Look back on the spring semester 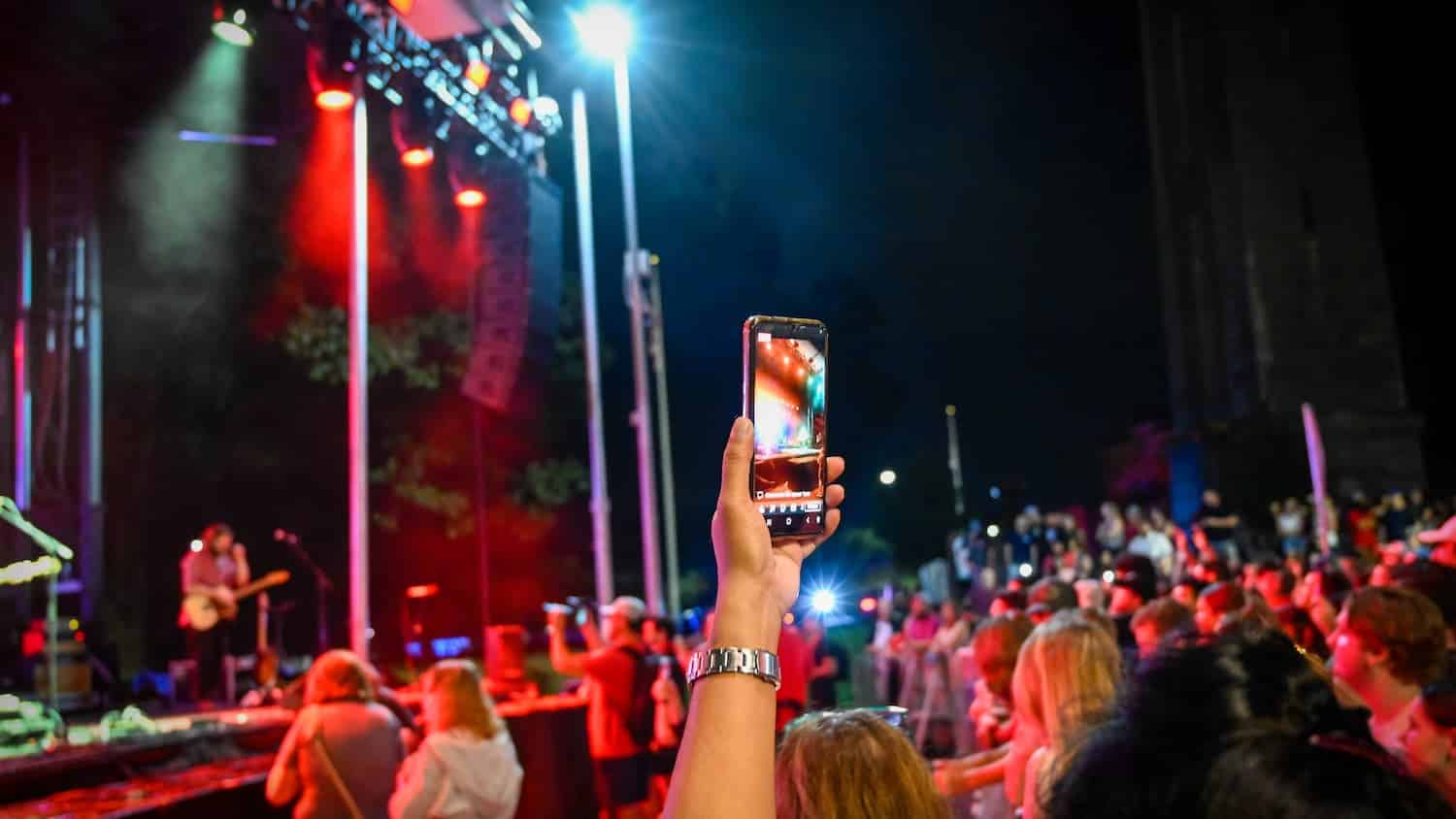 You started the new academic year strong, braving the August heat to move in, meet friends, explore campus and party with us at Packapalooza.

Look back on your campus debut 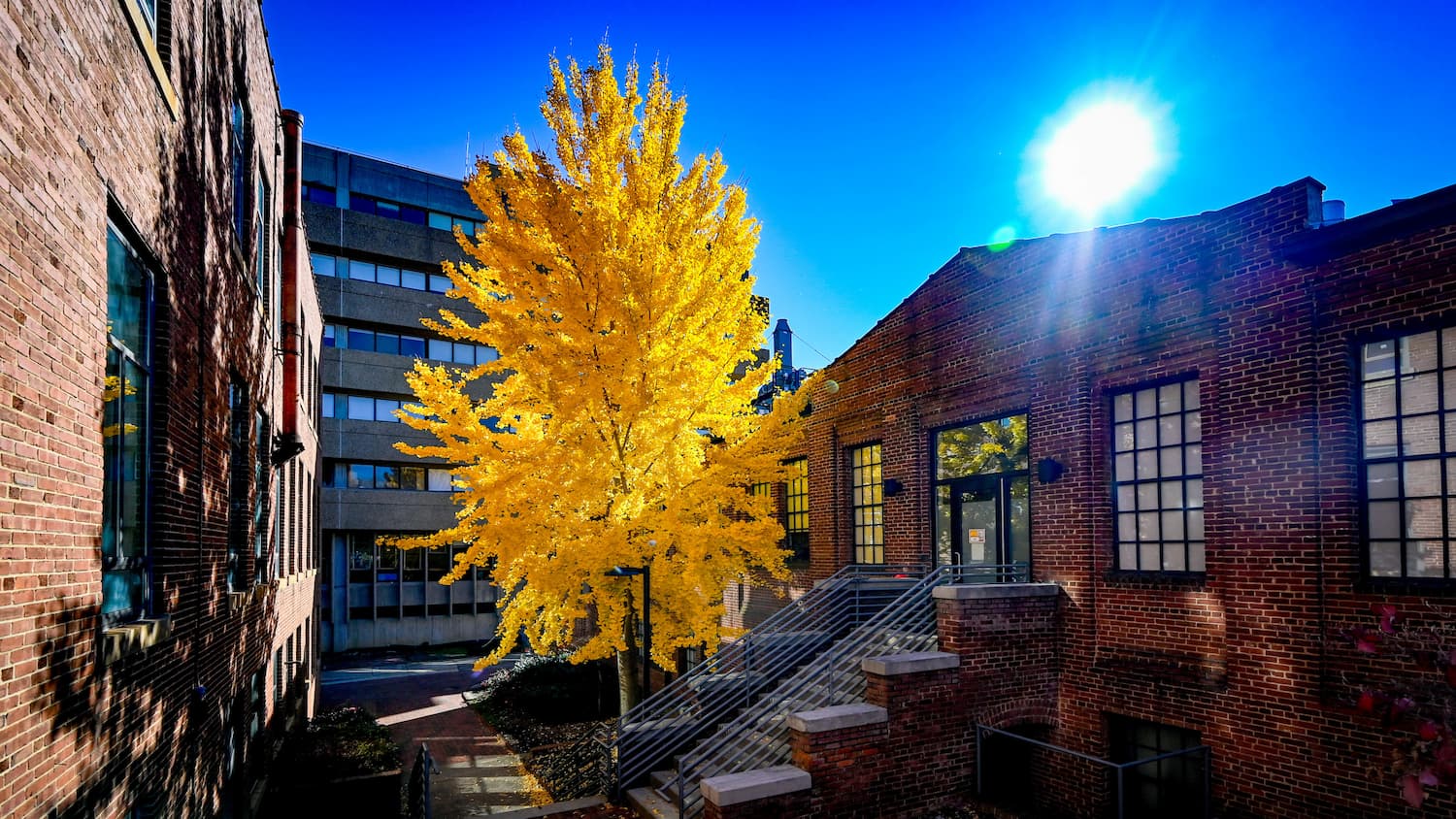 Red, White and Leaves of Gold

You honored our diverse Pack, showed your spirit for Red and White Week, rooted for Raleigh’s favorite tree and celebrated everything that makes our community special.

Look back on the fall semester

Year after year, our research endeavors tackle complex challenges across the globe. With a focus on equity and interdisciplinarity, our research spanned both natural and technological fields.

Here in North Carolina, we launched the “Bradford Pear Bounty” program alongside state agencies. When residents cut down their invasive Bradford pear trees, we gave them a native tree to replace it. Our Plant Sciences Building opened its doors, making North Carolina one of the world’s premier hubs for research and innovation in agriculture.

Twenty-five hundred miles away, we joined the International Galapagos Science Consortium. By solidifying our dedication to studying and preserving the famed archipelago, we’re building upon our evolutionary and veterinary medicine research.

Our research continues to invest in local communities and our society. Using artificial intelligence, our researchers predicted extensive flood damage in the continental United States. They found a high probability of flood damage for more than 1 million square miles of land over 14 years — more than 790,000 square miles greater than flood risk zones identified by the Federal Emergency Management Agency.

#2 for Research Commercialization and Tech Transfer

We Scored More Big Wins Than Ever Before

It was a year of unprecedented success for the NC State Athletics, with women’s basketball winning its first regular-season conference title in 32 years and achieving an ACC Tournament three-peat, and the Pack wrestling team racking up its fourth-straight conference title. That was March. By June, the Wolfpack had collected more NCAA championship hardware than any time in school history, posting back-to-back top-25 finishes in the Directors’ Cup for the first time ever. And it all began this time last year, when the women’s cross country team took home NC State’s first national championship since 1983.

We’re in ACC Champion’s territory. 🐺🏆💪 Congratulations to @PackWomensBball on their 3rd straight title AND @PackWrestle on their 4th straight title. WOLF! pic.twitter.com/QvY8SIDxfg

Then there was the double-overtime football rivalry win against the Tar Heels in the fall — twinned with victory off the field in the Pantry Bowl, as Wolfpack fans combined for 1,128 gifts to combat food insecurity. (There’s always next year, Drake.)

We also made sure to highlight special athletics moments and memories throughout 2022 — from the ”Bengals raised by wolves” starring in Superbowl LVI to an ESPN series about ACC men’s basketball (co-produced by former Wolfpack guard Dereck Whittenburg) to the legend of the victory barrel.

This year, we celebrated the 50th anniversary of Talley Student Union, a major NC State landmark. The building’s evolutionary journey since its inception as the University Student Center has only elevated its importance as a centerpiece of our campus.

We commemorated 10 years of the Division of Academic and Student Affairs, which has nurtured holistic success for our students since the pioneering merger of NC State’s academic affairs and student services functions in 2012.

We also marked two anniversaries that affirm our commitment to fostering a more diverse and inclusive Pack, with the 50th anniversary of Title IX and the 30th anniversary of the Nubian Message both coming in 2022. Passed by Congress as part of the Education Amendments of 1972, Title IX remains an essential safeguard ensuring all members of the Wolfpack have opportunities to succeed, regardless of gender or gender identity. The Nubian Message continues to offer a vital outlet for Black voices across our campus, as it has since its launch in 1992.

We Raised a Glass to Wolfpack Wine and Cheese-Rolling

We toasted the launch of three NC State licensed wines this year — the second limited-edition wine in the Hallowed Places Collection, along with Wolfpack Red and Wolfpack White. The wines are produced by Shelton Vineyards as part of our ongoing partnership with North Carolina wineries, which also includes research and extension projects. Developing the wines even provided hands-on experiences to students — the labels were designed by College of Design students Carter Avayou and Josh Garrett. A portion of each purchase helps fund student scholarships, so you can feel extra good about bringing a bottle along to all your holiday celebrations.

The release of the new wines paired perfectly with our favorite cheese-related news of the year: We will never stop talking about alumna Abby Lampe’s astonishing victory in the Cooper’s Hill Cheese-Rolling and Wake, held near Gloucester, England. Before her win in June, we had no idea we could be this excited about someone throwing themself down a hill to chase after an eight-pound wheel of cheese. Lampe (Industrial and Systems Engineering ‘22) traveled to England over the summer for the express purpose of entering the race — and woke up the next morning to discover that she was an international viral sensation.

“I’m feeling great! A little bruised and a couple scratches, but my morale is high!”

ICYMI: Abby Lampe ‘22 is the WORLD CHAMPION of the 2022 Cheese Rolling Competition in Gloucestershire, England — an annual race down a 200-yard hill chasing after an 8-pound round of cheese. 👏 pic.twitter.com/rLDpVRVnCg

Your Gifts Lifted Up Students and Enhanced Programs

This year, our Wolfpack continued to dedicate itself to helping NC State students in need. On Day of Giving, generous supporters united to make a record of 14,533 gifts and raise more than $23 million. These donors gave to a variety of funds that help students afford tuition and books, participate in research and internships and care for their physical and mental health.

Our supporters have also bolstered diverse programs throughout the university. Pat and Jerry ’67 Collier gave a planned gift that will give scholarships to up to 100 military-connected undergraduate and graduate students each year. The John M. Belk Endowment is investing $25 million to advance the College of Education’s Belk Center for Community College Leadership and Research, which fosters exceptional community college leaders and advances equitable college access and student success. And alumni Gayle and Dwain Lanier gave $250,000 to improve the Wolfpack women’s basketball’s locker room — the single largest gift ever made to the program.

We began the year celebrating an extraordinary end to our fundraising campaign.

Our Day of Giving exceeded expectations — thanks to you.

We Shared Your Story Across NC State’s Social Media

So much happens over a year at NC State, from research awards and academic accomplishments to game day wins and graduation ceremonies. But we’ve got a soft spot for the small vignettes, too — those first flower buds outside of Reynolds that told you campus was finally thawing, the extra-big scoop of Howling Cow that really hit the spot, that amazing sunset you happened to catch while studying in the bookstacks.

All year long, we told those stories — big and small — across NC State’s social media channels. You’ll find snapshots from some of our most-loved Instagram posts for 2022 below.

Our Wolfpack’s next chapter is just a few weeks away. Follow along with us on social media to ensure you won’t miss a thing in 2023. 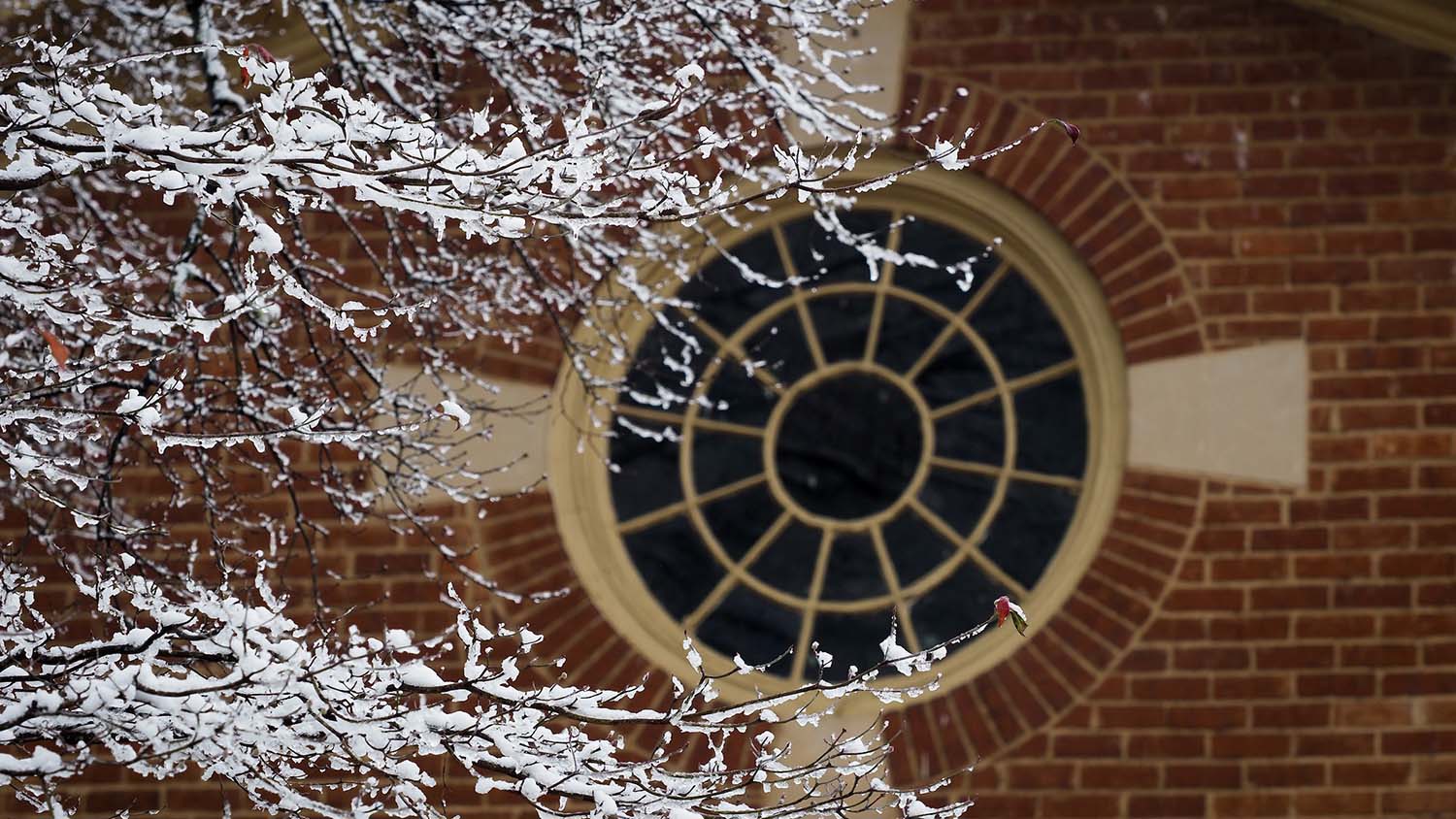 What’s listed above is just part of the tapestry of your year, Wolfpack. Browse more news that came out of our campus in 2022.

Manufacturing CIOs see bright future for the industry, thanks to IT

Cat to exhibit new equipment, engines and technology at ConExpo 2023