Battery Electric Vehicle (BEV) equipment promises many benefits, including reduced exhaust and noise emissions and simplified maintenance. The popularity of battery-electric powertrains continues to gain traction as mainstream suppliers such as Volvo, Bobcat, JCB and others continue to add battery-powered compact machine offerings.

To benefit from electrified machinery, however, you really need to understand the impact of battery charging strategies. Unlike conventional equipment, you will need to rethink your “refueling” strategies to prevent unintended downtime.

While diesel-powered machines can be quickly refueled within minutes at any point in the day, battery-electric machines take time to charge. This time varies depending upon the type of charging device and the power source available. It is also worth noting that most machines cannot be used while the battery is being charged.

Your charging solution will be largely influenced by the power source available on the jobsite.

Many BEVs offer a choice of single- or three-phase charging. There are key differences. With single phase, power flows through a single conductor. The three-phase flows through three conductors. This means the three-phase allows a higher charging capacity than the single-phase – almost three times. Most U.S. households are powered by single-phase electricity, with two hot wires each carrying 120 volts and a ground wire. The two hot wires produce a total of 240 volts for heavy appliances.

The method of charging will affect battery life. According to Volvo Construction Equipment, the best for maximizing battery life is AC Level 2 charging, which is slow charging compared to DC rapid charging. But the best choice will depend on customer needs.

The popularity of battery-electric powertrains continues to gain traction. But to benefit from electrified machinery, you need to understand the impact of battery charging strategies.Volvo Construction EquipmentThe available volts, amps and watts help determine the charging speed. Most power outlets have a standard potential of 240 volts. Amperage is the measure of the actual flow of electrical current through the cables. Watts is the electrical power, and it is defined by multiplying the volts and the amperage.

Consider the case of a standard 240-volt, single-phase electrical socket with 10-amp capability. This would allow you to charge 240-volt times 10 amps, which equals a 2.4-kW charging rate. Increasing the amperage of the circuit can have a major impact on the charging rate. For example, a 32-amp circuit would allow nearly a 7-kW charge rate. If you need to charge faster, a. three-phase charging circuit would charge at triple the rate.

Of course, there are other considerations when choosing a charger. Maybe one of the most important is that you cannot exceed the charging capacity of the battery itself.

Charging time to fully top off a battery depends on the charging rate of the charger utilized, as well as the charge state of the battery itself. Consider the case of a 60-kW battery. If this battery was completely discharged and you hooked it up to a 6-kWh charger, it would take 10 hours for a full charge.

Rarely will you actually run a battery completely down before charging. The life of lithium-ion batteries can be extended if they are not always fully discharged and recharged.

Volvo Construction Equipment is a leader in the BEV market with five compact, battery-powered construction options in its lineup, including the L20 Electric and L25 Electric wheel loaders, and the ECR18 Electric, E18 Electric and ECR25 Electric compact excavators. Volvo recommends a Level 2 AC charging setup using an SAE J1772 charging adapter or J plug for its electric machines. While a common household 120-volt outlet will work, it will take longer.

“To have an optimal charging time for the machines, it’s strongly recommended to have a 240-volt, Level 2 AC setup – the same as for electric cars,” says Lars Arnold, product manager electromobility, Volvo Construction Equipment. “This is because on the L25, for example, charging time would take approximately 24 hours on a common 120-volt household network. We highly recommend customers be prepared with a 240-volt, 32-amp charging infrastructure to accommodate electric Volvo construction equipment. This will reduce charging time to six hours vs. 12 hours on the 120-volt outlet.” 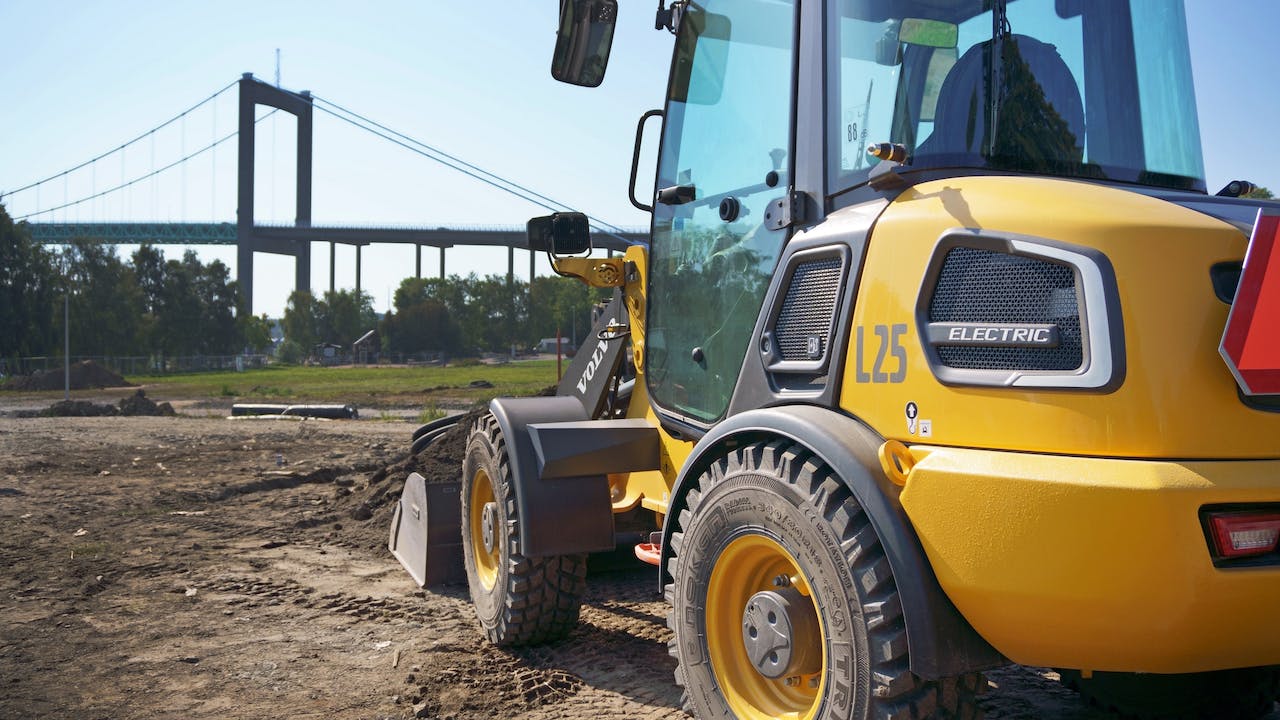 An off-board DC charger is available for customers who need to rapidly recharge the machine on site. With the fast-charge options, the ECR25 can be at 80% power within one hour of charge time, and the L25 within two hours of charge time.

For off-grid applications, Volvo Construction Equipment offers a Beam solar fast charger that has its own battery pack, allowing you to charge totally off the grid. The charging time of this setup is the same as on the 240-volt, Level 2 AC setup, which is six hours on the ECR25 and 12 hours for the L25.

“[This] is an off-grid, no-connection, free-standing solar charger that has a battery similar to the size of the one inside the L25,” says Arnold. “A nice benefit is that the solar panels are always at the correct angle because they follow the movement of the sun.”

“It charges the 48V batteries direct with 48 volts and up to 360 amps,” notes Arnold. “As a result, the charging times are dramatically reduced. This unit isn’t off-grid, though, so it would need to be wired into a 480-volt, three-phase power grid at the location where you want to charge.”

There is a quicker option available. “For a little more money, you can buy a fast charger,” says DeHaven. “You can fast charge the machine in about two and a half or three hours and get another eight hours out of the machine as far as the run time goes.” 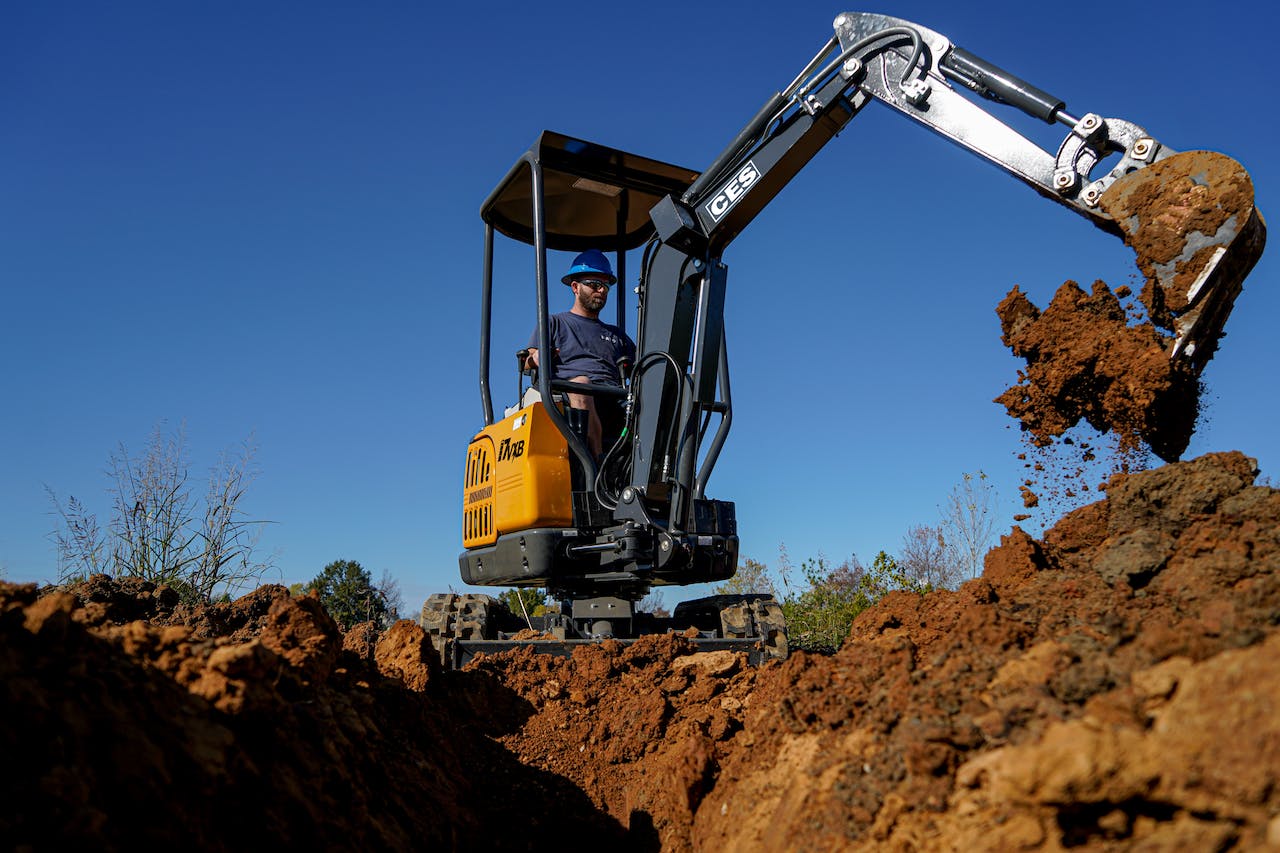 KATO-CES excavators feature an eight-hour run time with a charge time of 8 to 12 hours. They can be charged overnight and provide the full eight hours back the next day.KATO-CESKATO-CES supplies a specialty charger for each model, which is specific to that machine. “The only thing that we have run into is it is a 110-volt outlet, but it requires 20 amps. That’s been a little bit of a learning curve. It does require that heavier amperage to charge it,” DeHaven acknowledges. “The sales team has to explain to the rental house or the customer buying the machine what is going to be required to charge the machine.”

Another consideration is machine design. There can be parasitic loads associated with the electronic control unit (ECU) or telematics devices that can discharge the battery over time. “You cannot let it sit for two or three months and not charge it,” says DeHaven.

Plan Ahead to Ensure Uptime

The worst-case scenario with an electric machine would be the realization that the battery doesn’t have enough charge to complete the task, which would result in downtime to charge the machine. A little advance planning can minimize unnecessary downtime.

Simple solutions include plugging the machine in during breaks in operation throughout the day, such as when it isn’t being utilized for a task or during the lunch break. Since the batteries have no memory effect, this does not harm the battery and can allow you to work through the rest of the shift and into the evening if necessary. 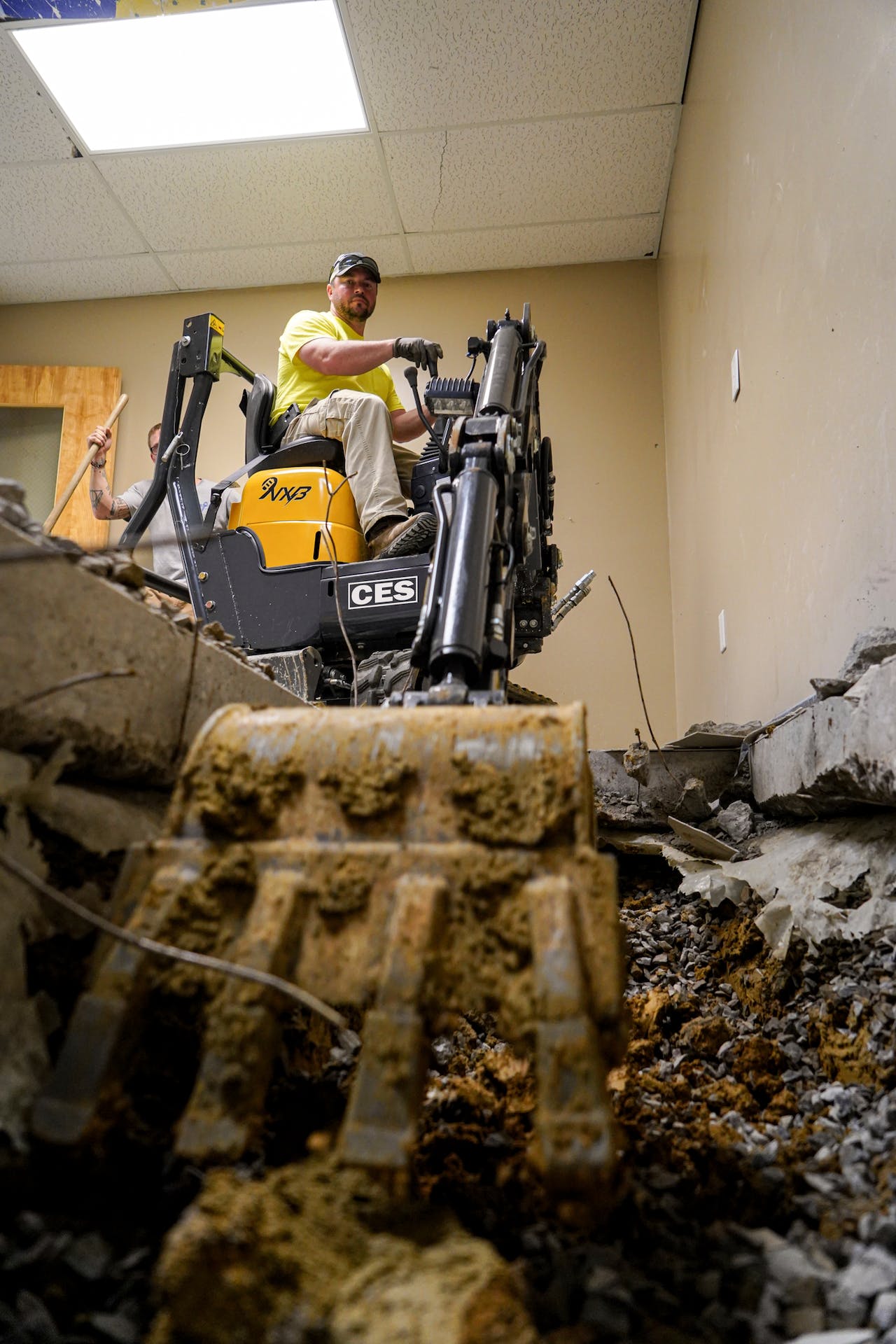 KATO-CES excavators feature an eight-hour run time with a charge time of 8 to 12 hours. They can be charged overnight and provide the full eight hours back the next day.KATO Compact Equipment Sales“As for when to charge, this takes a bit of a change in mindset,” Arnold states. “These machines can perform on one charge for four to six hours during a typical application, like utility work, but if they’re used in harsher environments, they may require a quick charge over lunch to ensure they are ready to go for the afternoon. Some additional planning on when you use the machine may be needed, but the early adopters who are already using these machines are finding success with this approach.”

Volvo is developing an Electric Machine Management Application to provide real-time insight into a single or entire fleet of electric machines. This web application helps you manage the charging process more efficiently by tracking battery status and machine location. Customizable alerts notify you when the charge reaches a user-determined pre-set level. You can keep track of the remaining battery level and estimated working hours. This can help you make informed decisions about machine availability.

You should also consider the jobsite environment with the realization that wet, muddy jobsites and electric charging devices need to be treated with respect. There are precautions that should be considered when charging electric machines.

“You have electricity going to something and it’s sitting outside in the rain, sleet, snow,” says DeHaven. The worker goes out to unplug it and maybe somebody has run over the cord. “You want to keep them in a decent environment.”

Electric construction machinery is a promising solution on many jobsites. However, contractors need to be aware of the fleet management differences and adjust accordingly.